When we think about the United Arab Emirates (UAE), the first thing that comes to mind is the electrifying city of Dubai – a futuristic metropolis renowned for its record-breaking skyscrapers such as the Burj Khalifa and the Burj al Arab, world-class shopping malls such as Mall of the Emirates and Dubai Mall, and artificial islands such as The World and Palm Islands. One of seven emirates (or sheikhdoms) of the United Arab Emirates, Dubai is landlocked between Oman and Saudi Arabia, and boasts over 1,300 kilometres of pristine white sand beaches overlooking the azure waters of the Persian Gulf. We often forget that before the discovery of oil in the 1960's, this barren land was inhabited by Bedouin pearl fishermen searching for the treasures of the sea.

More traditional at heart than its sister emirate, Abu Dhabi is the federal capital of the United Arab Emirates. Situated on an island off the coast of the Persian Gulf, this flagship state of the Middle East brings together a mosaic of contrasting landscapes and is one of the growing cultural capitals of the world. The breathtaking Sheikh Zayed Grand Mosque is a must-visit landmark and the Middle Eastern outpost of Paris's Louvre museum is currently scheduled to open in 2016 designed by legendary French designer, Jean Nouvel.
The lesser-known emirate of Sharjah is home to some of the finest museums in the country, while the Ajman and Umm Al-Quwain emirates offer a more authentic and preserved way of life. Visit Fujairah emirate to experience the region’s finest scuba diving in the Gulf of Oman set against the dramatic backdrop of the Hajar Mountains, or the up-and-coming tourist destination of Ras al-Khaimah which booms all the way in the north of the region.
Boasting a wealth of natural resources and the seventh-largest oil reserve in the world, the rapidly developing United Arab Emirates has established itself as a booming hub of international tourism, commerce and culture, and is one of the most exciting regions in the world to visit right now.
Read more 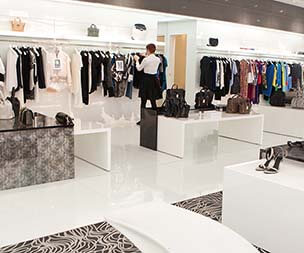 Showcasing the collections of the leading global fashion designers mixed with emerging local and int...

Showcasing the collections of the leading global fashion designers mixed with emerging local and international talent, Boutique 1 is a cutting-edge Dubai concept store... 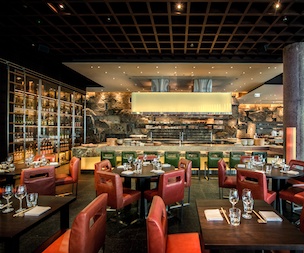 Following the success of its sister restaurant in Dubai, Zuma Abu Dhabi restaurant brilliantly and c... 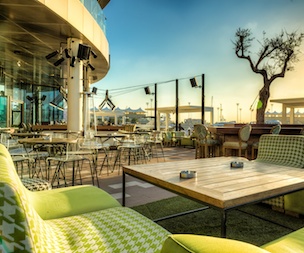 Located in the heart of Yas Island in Abu Dhabi, Iris Yas Island exudes a unique atmosphere accompanied by its Garden of Eden-style background tunes. Very trendy, the address is prized for its delicious cocktails and live performances by top international DJs.

Silk & Spice, an award-winning Thai restaurant in Dubai, nestles with its traditional décor in the h...

Silk & Spice, an award-winning Thai restaurant in Dubai, nestles with its traditional décor in the heart of the Sofitel Abu Dhabi Corniche. The menu features delicious curries and exotic fruit cocktails, offering a true sensory journey. 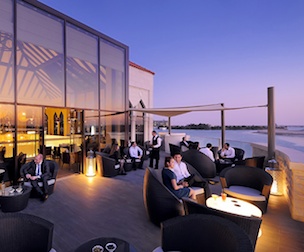 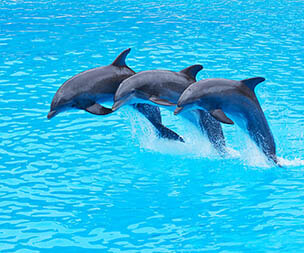 An unforgettable experience in Dubai is to meet, swim and scuba dive with dolphins at Dolphin Bay in...

An unforgettable experience in Dubai is to meet, swim and scuba dive with dolphins at Dolphin Bay in Dubai... 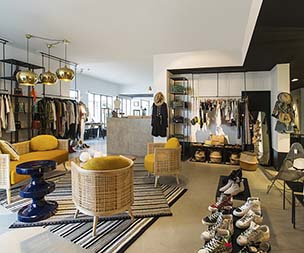 Opened by two stylish French expatriates, Comptoir 102 is an elegant “bobo” hideaway for those in se...

Opened by two stylish French expatriates, Comptoir 102 is an elegant “bobo” hideaway for those in search of a place to shop... 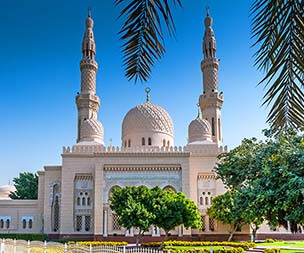 Casting an awe-inspiring silhouette in Dubai’s dramatic skyline, the Jumeirah Mosque is ...

Casting an awe-inspiring silhouette in Dubai’s dramatic skyline, the Jumeirah Mosque is ... 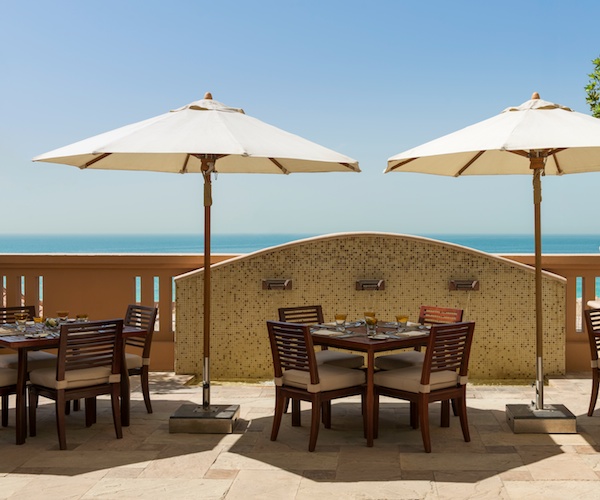 Taking its name from the mark of quality known as France’s Appellation d’Origine Contrôlée (Controll...

Taking its name from the mark of quality known as France’s Appellation d’Origine Contrôlée (Controlled Designation of Origin), this all-day brasserie in the Sofitel Dubai Jumeirah Beach is inspired by the world of French cuisine. Chef Andreas Mensch has created a crowd-pleasing menu of classics ranging from traditional poulet roti (roasted chicken), to classic steak frites and a range of towering burgers. A relaxed hideaway from the bustle of the city, A.O.C is known for its all-day service, regular themed nights and popular brunch buffet. Secure a seat on the terrace at sunset and enjoy prime views as the sun sets over the turquoise waters of the Arabian Gulf.