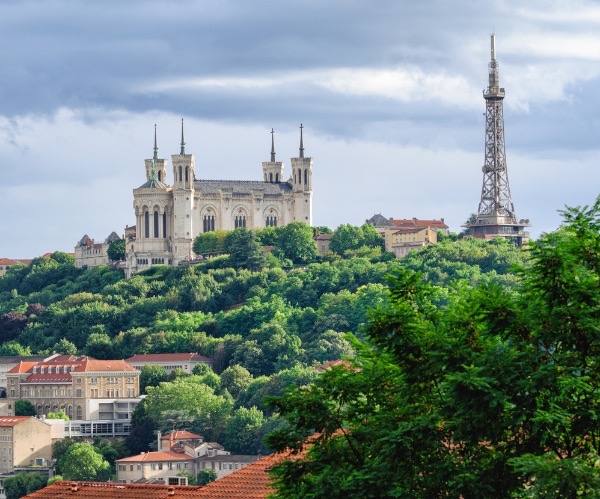 Lyon’s picturesque Fourvière neighborhood towers high above the city and marks the cultural and spiritual heart of Lyon, crowned by the spectacular Basilica Notre-Dame de Fourvière, where Christians have expressed their faith since the earliest Antiquity. Once the location of a grand Roman settlement, Fouvière is home to archaeological remains which include elaborate ancient baths and a 2nd-century Odéon, where operas and concerts are still held today. Completed in 1884, the neo-Byzantine Basilica Notre-Dame de Fourvière is a spectacle of intricate stained glass and glittering mosaics, and its famous Golden Virgin statue inspired Lyon’s celebrated Festival of Lights. Don’t miss the chance to ride one of the two oldest running funicular lines in the world, which run up the hill to Fourvière from Lyon Cathedral.