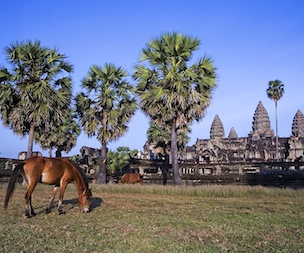 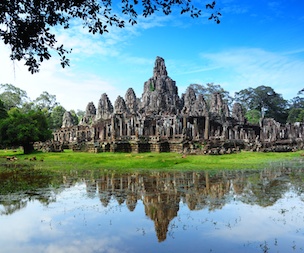 At the start of the 13th century in the times of Jayavarman VII, Angkor Thom was the royal city of Angkor. Its impressive ruins bear witness to its splendour with its succession of temples: Preah Palilay, Preah Pithu, Baphuon, the Temple Mountain and Bayon Temple. There is also the incredible Phimeanakas, a 10th-century laterite pyramid where the king would retreat to pray, the Terrace of the Elephants covering 300 m with its parade of elephants, and the Terrace of the Leper King, enormous ruins of the Royal Palace. One day is not enough to soak up the special atmosphere of this 9 km2 territory and take it all in. It is quite simply breathtaking.